Rusizi District is located in Western Province of Rwanda and has two main borders post: Rusizi I and II, which are the main entry point between the towns of Kamembe (Rwanda) and Bukavu in Democratic Republic of Congo (DRC). Rusizi I, located 20 km from Rusizi II, is mainly used by small informal traders, who cross the border on foot, while Rusizi II is primarily a cargo post where most border crossings are by vehicle and small traders on foot as well.
Research for Common Ground in its research (2020) confirms that between 1,000 and 1,200 Congolese and Rwandans cross over to Rwanda/DRC through Rusizi Border I and II just to purchase goods mainly foodstuffs. Their findings also show that half of this cross border trade is informal with 70%, scattered, without support of any CSO and being undertaken by vulnerable women. This cross-border trade is now seen as a response by the poor populations living in bordering communities, particularly women, to
economic constraints. However, those women face at both sides of the borders many challenges/barriers including GBV, discrimination, manipulation, corruption, double taxation, confiscation of their goods among others. On one hand, this is due to limited knowledge of their rights, cross border trade (CBT) policies and regulations which leaves them incredibly vulnerable. On other hand, it is related to tensions and loss of trust between border communities mostly caused by previous political conflicts between Rwanda and DRC. These are barriers against the
African Convention on Cross Border Cooperation adopted in 2014 by African leaders that borders must be bridges not barriers. 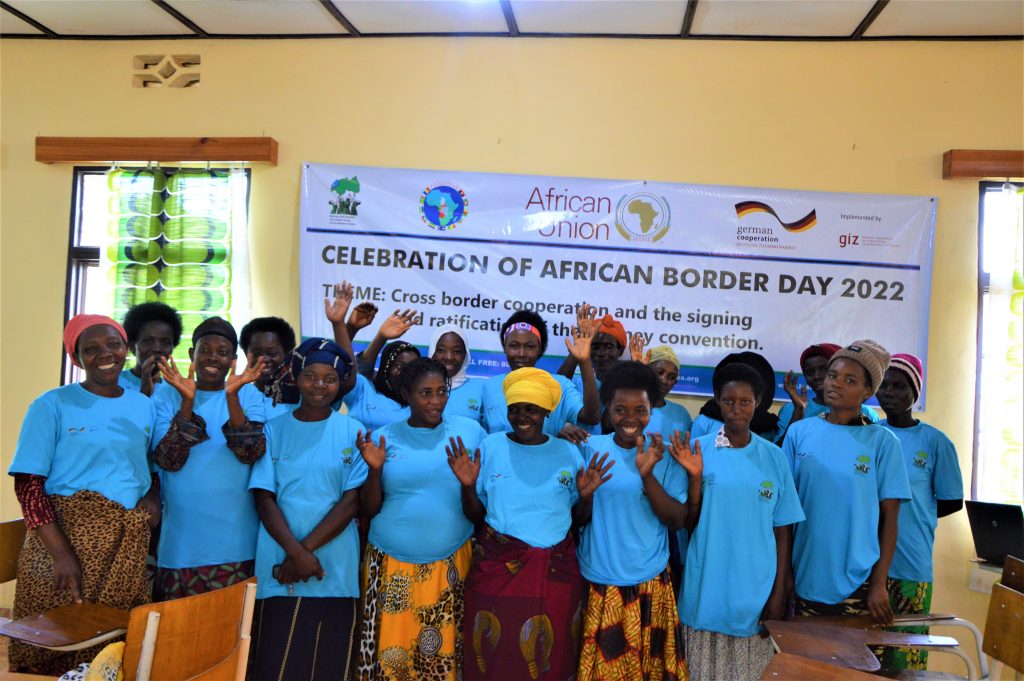